Due to difficulties getting RNA from hemolymph samples stored in RNAlater, Grace is testing out lyophilizing samples before extraction. Who knows what impact this will have on RNA, but it’s worth a shot!

Samples were provided by Grace.

I believe the primary purpose for this particular test was to verify that the freeze dryer was a feasible tool, since Grace experienced a minor mishap when she attempted the lyohpilization initially.

Lyophilization was successful, without any mess. 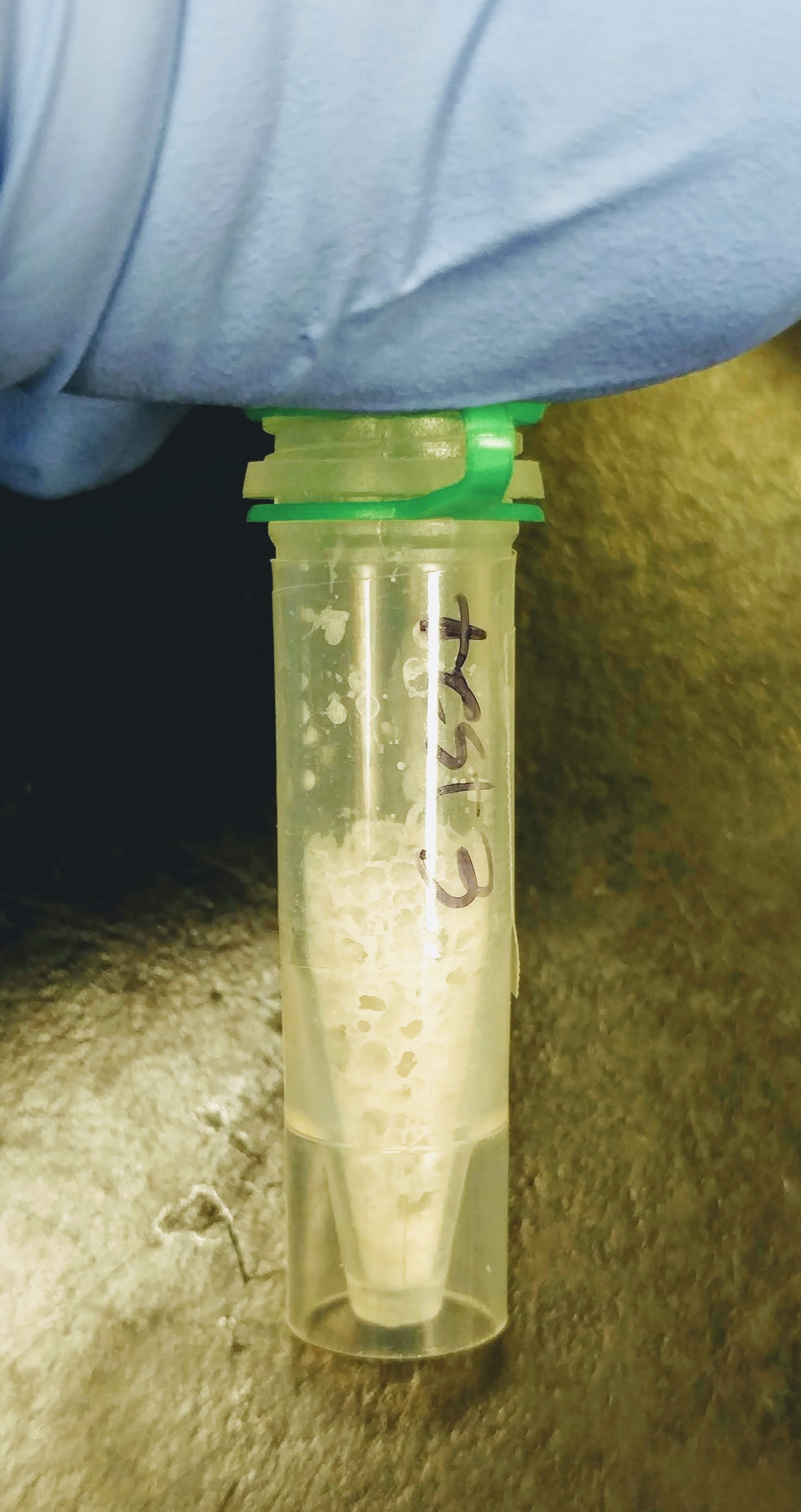 So, this little test demonstrates that RNA can be isolated from lyophilized samples and extracted with TriReagent. However, I have not evaluated RNA integrity on the Bioanalyzer. I think Grace has some additional samples she wanted to test this method on, so I think we’ll wait until there are more samples before we use the Bioanalyzer.

Will give sample to Grace for -80oC storage.

Gray whale sample has virtually no DNA. Will try to precipitate the whale gDNA in order to obtain a more concentrated sample. The other two samples look good, with good yields and good OD260/280 ratios.