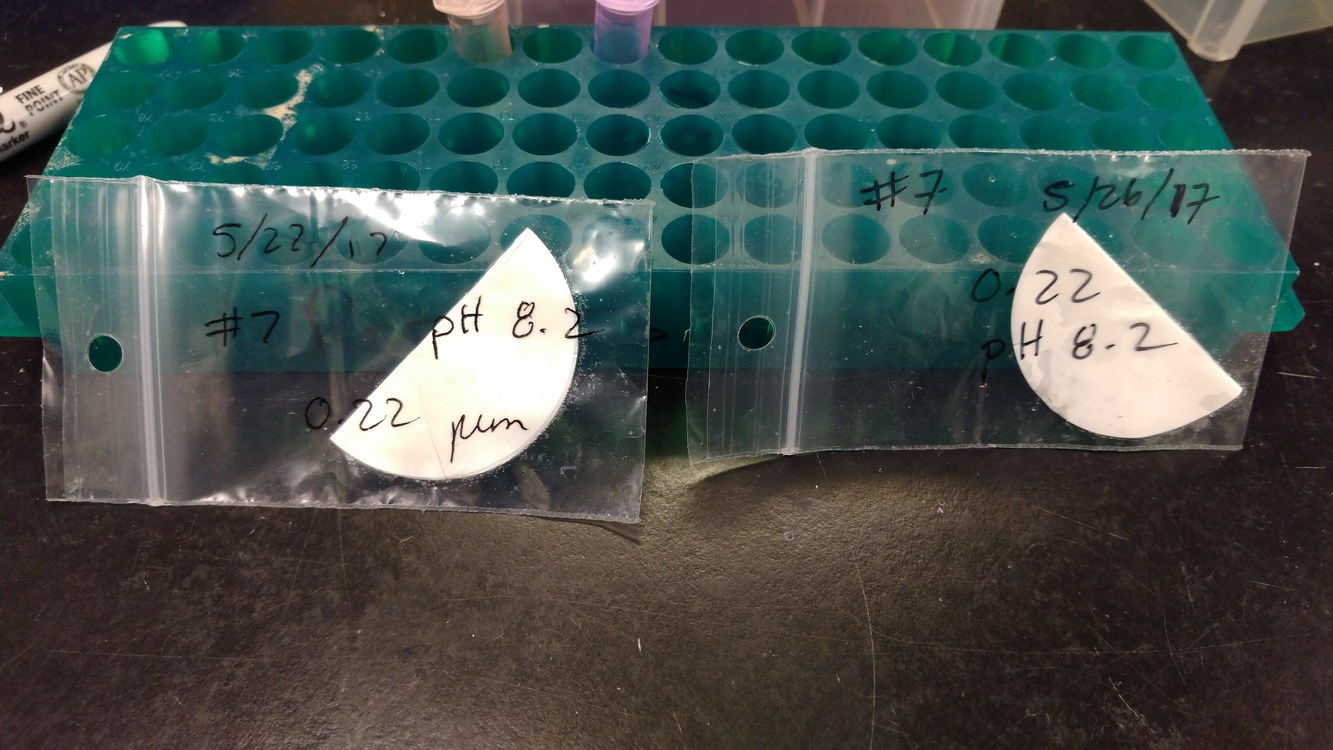 DNA was isolated with the DNeasy Blood & Tissue Kit (Qiagen), following a modified version of the Gram-Positive Bacteria protocol:

Samples were quantified with the Roberts Lab Qubit 3.0 and the Qubit 1x dsDNA HS Assay Kit.

Used 10μL of each sample for measurement (see Results for update).

Both samples have yielded DNA. This is, obviously, an improvement over the previous attempts to isolate DNA from ammonium bicarbonate filter rinses that Emma supplied me with.

Will discuss with Steven and get an idea of which filters to isolate additional DNA from.